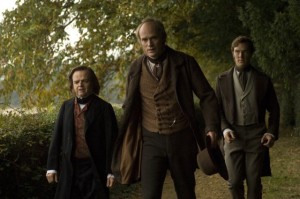 This movie is about the the mental torture Charles Darwin had to go through so as to publish his book “Origin of Species”.

The story of the movie began after he was quite sure about his theories.

Charles had little support both internally and externally. His wife was christian. So, she strongly disagreed with Charles’ point of view that God does not has his hand in the Evolution process.

If he publishes his theory, his relationship with his wife would be spoiled. Secondly, the church also opposes him. 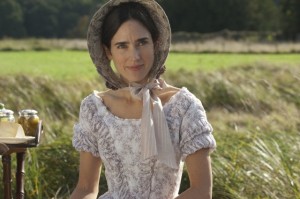 He becomes sick due to the dilemma he is in. Finally, he decides to write his book and hand it over to his wife so that she would decide its fate.

At last, she decides to let the book be published 🙂

One thing i would like to point out is that religion and science are not in war with each other as everyone thinks. The more you research in the field of science, the more your faith in God increases.

I quote from Abdus Salam’s writing

“The Holy Quran enjoins us to reflect on the verities of Allah’s created laws of nature; however, that our generation has been privileged to glimpse a part of His design is a bounty and a grace for which I render thanks with a humble heart.”

When he got the nobel prize, he read a verse from the Holy Quran

Thou seest not, in the creation of the All-merciful any imperfection, Return thy gaze, seest thou any fissure. Then Return thy gaze, again and again. Thy gaze, Comes back to thee dazzled, aweary.

This, in effect, is the faith of all physicists; the deeper we seek, the more is our wonder excited, the more is the dazzlement for our gaze.