It’s been several weeks since i own the Samsung Galaxy Pocket GT-S5300. It is an Android Gingerbread 2.3.6 phone.

The sound from the 3.5mm output is very clear even on high volumes. In this review I’m gonna focus on the stock Music Player.

Once you open the app, you’ll see 4 tabs namely Artists, Albums, Songs, Playlists. One thing to note here is that it loads damn fast despite i have about 10GB on the phone. This is because Android indexes all medias on the phone during boot time. 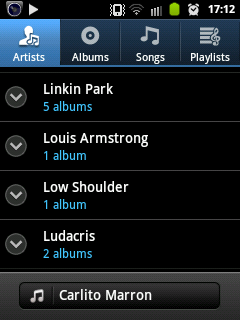 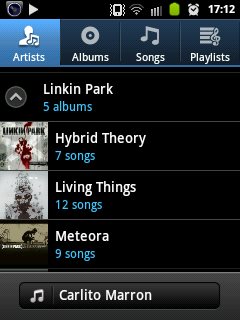 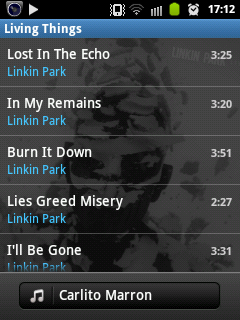 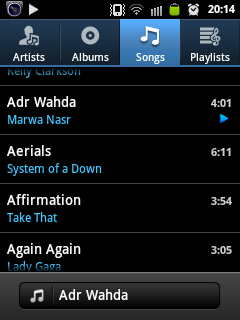 The tracks in the Songs tab are list in alphabetical order w.r.t. the tracks’ Title. On my computer, i usually sort by tracks’ Artist then Album Year. I feel lost in the playlist due to this fact. It would be cooler if we could manage the sorting order.

Searching through a playlist
It can be a very annoying task to scroll the long list on songs to play a song you have in mind. I thought the music player didn’t have a search function at all but after doing some experimentation, i managed to trigger the search function. You have to long press the Menu button. 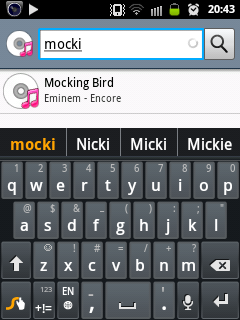 The downside of this is that it opens the song in a new empty playlist. When the song’s over, you’ll have to manually play another song. It would be awesome if a “Filter” option was available. 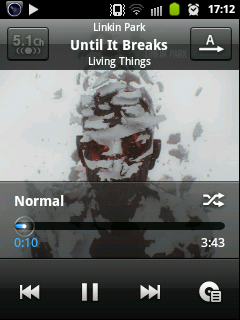 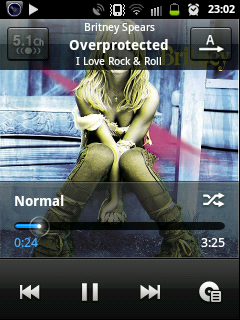 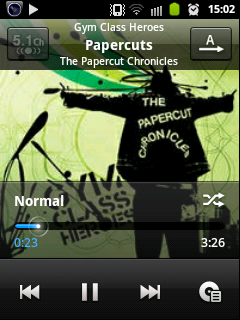 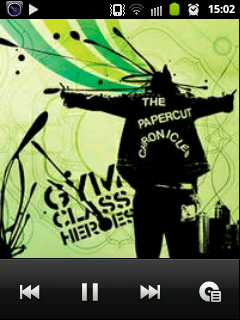 To change songs, you can touch the buttons or swipe the screen left or right. When you swipe upwards, the title and the buttons disappear do as you can view the album art fully.

Some inconveniences:-
When you press the “Back” button, the song would restart even if it played only about 0.2 seconds. You’ll have to press the back button twice very fast.

When you left swipe the screen on the player, it goes back by 2 songs. Better use the buttons instead :S

Screen features
Touching the song Title allows you to search the song on the internet or on YouTube. This can be very convenient if you want to get the lyrics or view the music video. 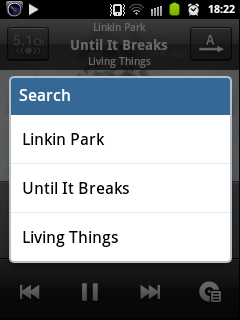 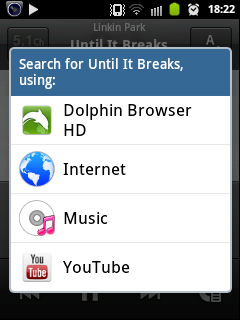 When you press the menu button, you have the options shown in in the screeny below. 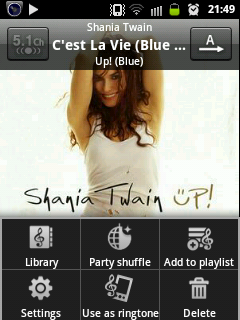 Deleting a song
Another song with a similar title will be played as you delete a song. That means if you have duplicates or different versions of a same song, you would be able to delete them right away 😉

The settings
I found it a little too basic. I was expecting an ID3 tag editor to edit mis-labeled song title/artist or album name. Sure there are applications from the play store to do it but it would be more convenient if it were built it.

Party Shuffle
It activate the crappy shuffling style which almost all linux music players use (except JuK). See here for more details

You can change the song playing anytime by staffing the notification bar when the music app is minimized. Pressing the album art will open the player itself. 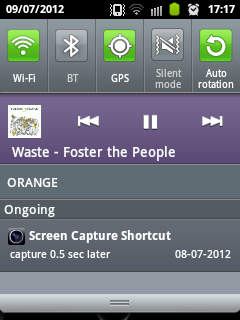 Using as a stand-alone music player
Here comes the real annoying part. The player doesn’t has a lock-screen applet or a third party applet which allows you to change tracks without having to unlock the screen.

I tried to use other music players which had lock-screen widgets but they on the other hand would not allow changing tracks from the Status Bar. I guess it’s an API limitation for Gingerbread. 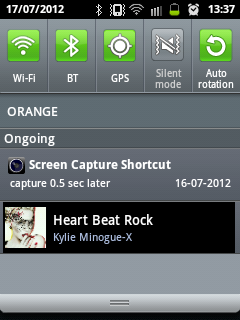 Recently, i finally found a solution to this problem. I used the GO lock screen widget which finally worked. I’m soo glad about this. If you already have this installed and it did not work, make sure you selected “alternate mode” for music controller in the settings. 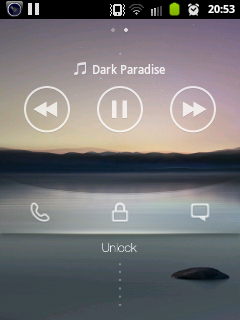 BUG:  When you press back button, it still plays the next song. :-/

Conclusion
It’s awesome! Wished a lock screen widget would be shipped by default instead of having to use GO lock-screen