Ship-wrecked on our shores

The sheep got a voice

3820 gave you their support

The Dinosaurs heard your roar!

No one thought you could be bought

Lo! Dinosaurs got themselves a knight-shepherd

Sheep are giving away their wool to have the oil soaked

Meanwhile The Dinosaurs are after the insurance money…

Mauritius have been locked down due to Corona-virus since 3 days. What are Mauritians feeling? Following numerous posts on Facebook, Mauritians are blaming the Prime Minister for not-closing the Mauritian border early enough. We, the common people, will not know the rationale behind the Prime Minister’s decision.

Other Mauritians are complaining about Mauritians not abiding by the lock-down rules: Photos at the supermarket show people queuing in close proximity to each other so as not to die from starvation. Can they be blamed for panic buying though?

Our ministers were boasting quite loudly that there were NO CASES of Covid-19 in Mauritius. I even believed them. 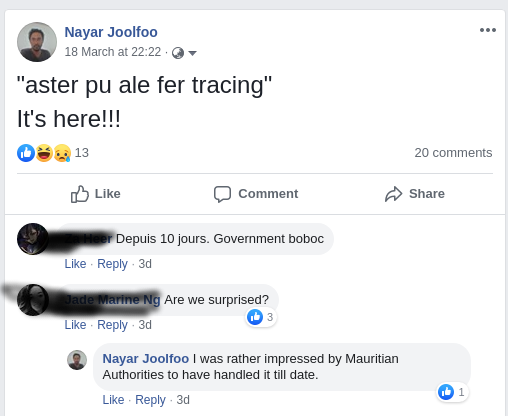 Fortunately, all the Internet Service providers have increased their data allowances so that Mauritians won’t be too bored at home. Playing video games, watching TV shows are a very popular activity. Other’s prefer reading books or trying new recipes. But the most popular activity seems to be forced house cleaning! How are you handling the situation?

When the Cyber Tower 1 of Ebene was built, it was a moment of pride for Mauritius. It was such a beauty and projected itself in the future. A cyber future.

Can Mauritius be called a Cyber Island? Maybe when viewed from a European perspective, it is still decades behind but in terms of Human Intellect, I must say Mauritius is a place where lots of computer geniuses are born and trained. We have local communities such as the MSCC which hosts a Developers’ Conference on a yearly basis.

Everything was going fine till our non-elected Prime Minister decided to open his mouth.

Why did he have to do that? I swear the first time I heard the name of “Atal Bihari Vajpayee Tower” was through a Facebook post of one of my friends announcing this nonsense decision. That name doesn’t resonate with a common Mauritian at all. I wouldn’t mind Dr Abdul Kalam though but who is this guy?

Why are we revering an Indian politician? Why do we have to revere politicians at all?

I’d like the Mauritian rupee notes and coins to have all faces removed and have pictures of monuments instead like the Euro. We just went a step backwards. Share if you agree. 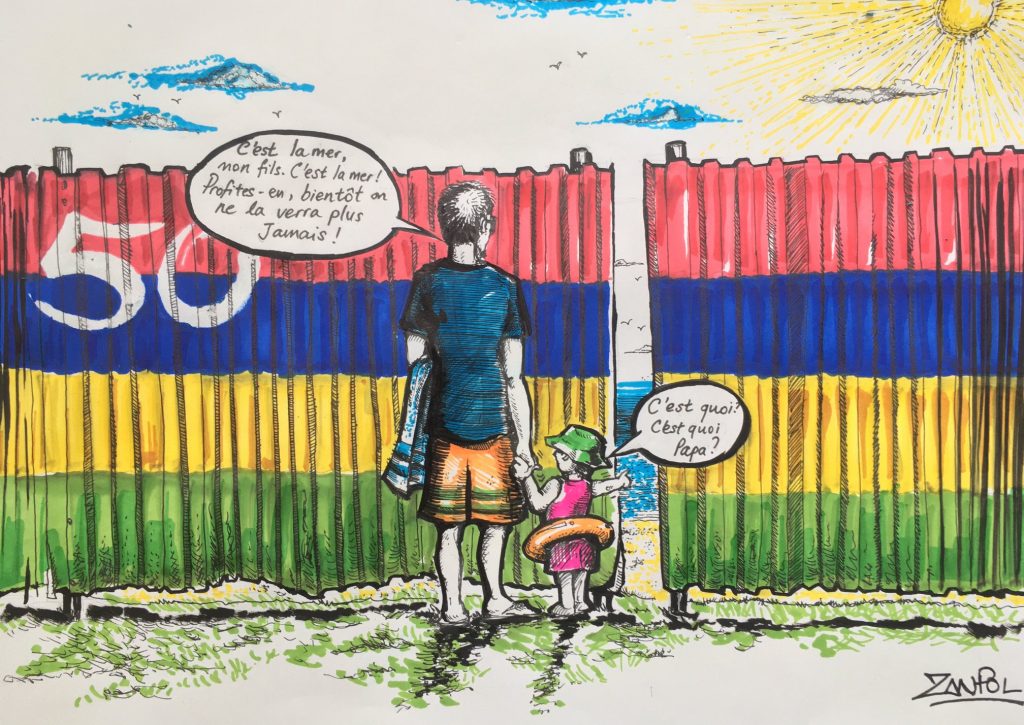