Desktop Linux has matured considerably ever since I started using it 8 years ago. But I feel there are things which we take for granted on Windows and even Android phones which are kinda annoying. First world problems you might call it.

It seems like the issue has been fixed for me somehow.

OK. Good news is that the open source drivers for AMD Radeon and Nvidia GeForce works immediately after fresh OS install. I mean no black screen on boot. But when you want to do something more serious such as gaming and Machine Learning on Cuda, you’ll need proprietary drivers from AMD or Nvidia. Problem is that the latter is often less capable than their windows counterparts.

Windows’ Task Manager does this tasks beautifully. You know exactly which process is using which GPU.

Without forgetting the graphs. 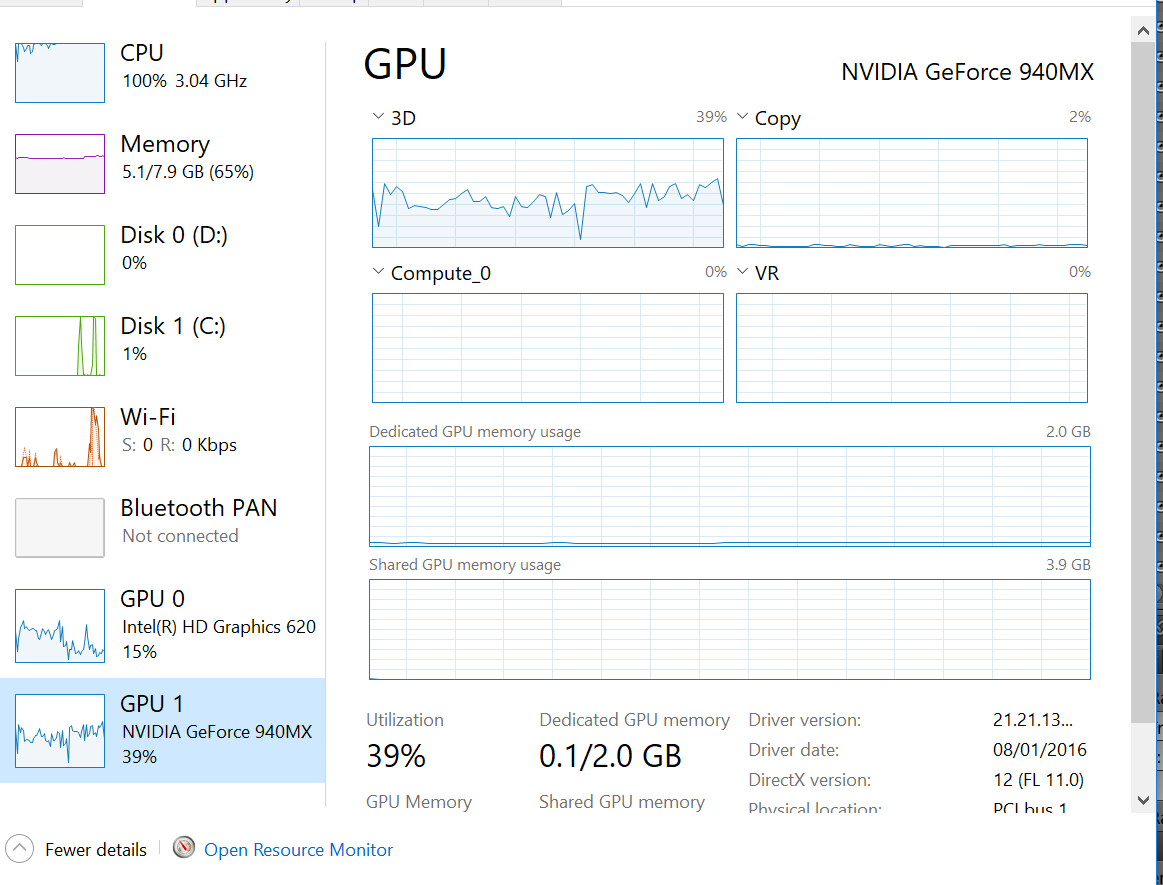 On Linux you have to install glances with GPU support. Yet, it will not show the Intel HD graphics usage.

This is a big one. On Windows, you just turn on your laptop and you can do any activity you want. e.g. you can choose to game in high performance or you can write some text in power-saving mode. You can manually launch programs using either the Intel HD graphics or Nvidia one.

But on Linux, if you want to save energy, you have to do:

Afterwards, if you decide to do some Tensorflow or gaming, you’ll have to enable the GPU and reboot.

When you have Nvidia Drivers activated and you close your laptop. On resume, you’re greeted with a blank screen. I have to reset me laptop and reboot. Sucks.

Linux themes need to have atleast some transparency settings built-in to look a bit modern. I know KDE people have custom themes which needs to be compiled and it looks awesome but come on. No one needs to learn how to compile applications just to have a modern look DE. 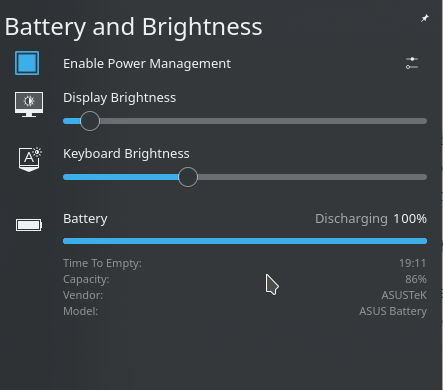 Linux is really stable for the end-user now. Most of the *real* complaints are mostly geared towards proprietary drivers for GPU.   What the things which bothers you most about Linux Desktop Environments in 2018?